Who says that you have to be a millennial in order to know what they want?

After spending five years as a housewife, Mary Di Fede-Garcia, age 47 and a resident of South Florida, decided that it was time for a change.

She focused on the men’s online clothing market for young people, sensing that it was a soft market.

Solsburry is a website where men, mostly millennials, can find affordable clothing.

According to Di Fede-Garcia, Solsburry was chosen as the name of the brand because of a story told by former Genesis front-man Peter Gabriele.

“Peter was not getting along with his band member, Phil Collins, and he got to a turning point in which he needed to decide between going solo or take the back seat at the band while Collins was the lead,” Di Fede-Garcia said in an interview with RISE NEWS. “Peter went to a place in England, called Solsburry Hill, where a sense of change came to him, decided to go on his own, and became very successful.”

Mary Di Fede-Garcia, second from left, with her husband Alex and two daughters at a party in 2014.

Change has come to Di Fede-Garcia’s life as well, but the creation of Solsburry, the brand, was not an easy feat for her.

She had to face two of her greatest challenges: the Internet and social media.

“While I was building the brand in my head, I said to myself: ‘Let me face my biggest fears right on’,” Di Fede-Garcia said. “’If I am technologically challenged and I manage to do well on the web and social media, then I would know that there is nothing I can’t conquer.’”

To overcome her fear and after working for some months with a web developer, Di Fede-Garcia established Solsburry on the web, and it is spreading its name in social media channels such as LinkedIn, Facebook and Instagram.

Di Fede-Garcia has had support from her family in figuring out how to efficiently use social media as a branding and sales tool.

“Seeing her struggle since the beginning in not knowing how to do certain things on the web led me to help her,” Mary’s 18 year old daughter Lauren del Pino said.

Lauren is helping with the social media marketing efforts for the brand while her 22 year old sister, Danielle del Pino, is leading the web styling and selection of clothing for the brand.

“My sister helps out with the social media section because that is natural for her,” Danielle said. “I love helping out putting together the styling and the organization for the brand, and, of course, the photoshoots.”

The two daughters not only help their mom build and maintain the brand but also, along with their friends have provided significant inspiration since day one according to Di Fede-Garcia.

A view of a Solsburry photo shoot.

“My daughters have male friends who visit the house, and they are always commenting about how the women’s clothing market is over saturated while the men’s one is missing attention,” Di Fede-Garcia said. “I decided that I wanted to provide quality clothing that is durable, easy to wash and wear.”

Solsburry, is aiming at providing clothing for young men from high school to young adults who are starting their careers- men who want clothes that make them to look good but are also affordable.

Di Fede-Garcia said that she understands that young men at those stages have other priorities that are more important than looking good.

She also contributes a portion of the proceeds from each piece sold to some charities each month. 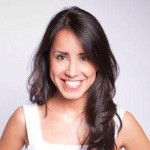 Maria Constanza Serrano, born in Bogotá, Colombia, moved to Miami at age 18. Serrano has an associate’s degree in mass communication from Miami Dade College and a bachelor’s degree in journalism with a minor in marketing at Florida International University. In 2014, she was recognized as the Next Top Intern at FIU by the SCRIPPS Howard Foundation. She has been published in the Miami Herald, the Beacon and South Florida News Service, was the lead-producer of the documentary “Sea Level Rise Impact: Canary in the Coal Mine,” and is now a fellow for RISE NEWS.