Is there a hint of optimism concealed in South Africa’s water shortage crisis?

When drought brings about hope

Thinking back to my childhood

water was never a concern.

The communal tap supplied us daily –

we filled our buckets to the brim.

And as I quenched my thirst with freshly caught rain water

I did not even realise

that this was indeed a blessing.

Now the children learn from young

to value each and every drop.

No longer is it limitless –

at any time the supply can stop.

Yet, in this time of crisis

South Africans are coming together.

they pray to the Creator.

to make it last, this scarce commodity.

To the outsider this may even come across

as an obsession, or a bit of an oddity.

“Use bath water to water the garden

Close the tap while brushing your teeth

Put a brick in your toilet’s cistern

And defrost frozen foods in the fridge

If it’s yellow, let it mellow

Rinse dishes in a basin

Wash your car on the lawn

Cover the pool to avoid evaporation”

So while the drought disaster may cause fear

it also brings about a new form of appreciation.

It shows unity during hardship

and leaves me with hope for our rainbow nation

More from our South Africa Team:

“What Do You Live For?” Series: An American Educated South African Answers That Question In A Poem

“Peace”: You Have To Read This Powerful Poem About Police Violence 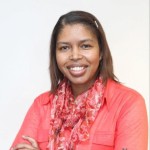