Does the Philippines Have A Dictator Now?

The president of the Philippines Rodrigo Duterte has become an internationally known figure in a remarkably short amount of time.

While only being in office for 253 days (as of March 10, 2017) Duterte has become an alarmingly important figure in global politics due to his awful human rights record and a penchant for bucking the status quo.

Some, including Duterte himself, have even started calling him by a new name- dictator.

Duterte was recently quoted as saying, “I will be a dictator against all bad guys, evil, I will do it at the cost of my position or my life. I won’t stop. That’s a solemn commitment.”

The world should probably start listening to him.

Human Rights Watch, an American-founded international non-governmental organization that conducts research and advocacy on human rights, believes that Duterte may have committed crimes against humanity by, “inciting killings during his bloody antidrug campaign.”

Other high-profile political people who have been indicted for crimes against humanity include the now dead Muammar Gaddafi, and Bashar al-Assad, the current President of war-torn Syria.

Some people might look at what Duterte is doing for his country as an act of patriotism.

His stated goal is to rid his country of drug lords, their dealers, and anyone who is addicted to drugs.

Of course he is not creating massive amounts of new treatment facilities or encouraging other public health fixes, instead he is literally telling people to murder those who abuse drugs.

So has he already crossed the line from democratically elected leader to dictator?

The answer is obviously yes.

No one would argue against the fact that drugs and the trafficking of drugs are a global issue that has had disastrous ramifications for so many communities, but Duterte’s policy of slaughtering his own people in the name of reform cannot be tolerated by the people of the Philippines or the international community.

In the short time span of Duterte’s presidency, thousands of people have been killed by police or vigilantes, and the killings will only continue if no one is willing to speak up and demand a stop to an unjust judicial system.

The reason that many developing countries look to the west for a guiding hand in the building of their countries is for our rule of law.

A belief that all individuals are innocent until proven guilty in a court of justice.

The people of the Philippines are not being given this fundamental human right, and they are suffering in silence.

The principle of human rights is universal, and it is the basis for all democracies.

What Duterte, a democratically elected official, has done is spit in the face of democracy.

He has turned around and made the Philippines his own personal killing field, and “his people” are the targets.

The saddest part about the current situation in the Philippines is that by Philippine law, the president has immunity from prosecution while in office.

What this means to the rest of the world is that it is now our solemn duty to hold Duterte and his cronies responsible for their systematic attack against the civilian population.

The International Criminal Court and the U.N. have an obligation to launch an expedient investigation into this matter and stop these policies from continuing.

How many more people must die from extrajudicial killings before the rest of the world opens their eyes and sees Rodrigo Duterte for what he truly is: a malicious dictator? 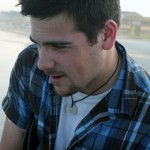